The students of the last few decades have received less and less education. Dropping civics has resulted in two generations of graduates that could not pass the citizenship test given foreign-born Americans. They can not name more than three of the five rights in the First Amendment, have no idea what the three branches of government are, etc.


Every picture tells a story. Here are the results of public education. 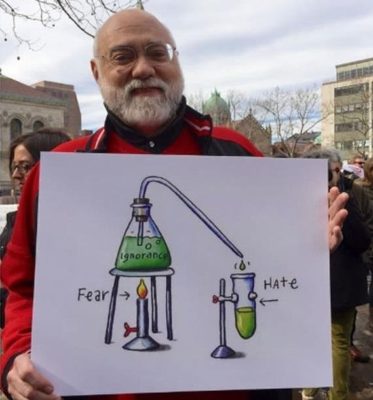 A fellow writes: The film “Dunkirk” could have been better if they gender-swapped some characters? It would not be historically accurate but the world has moved on. A diverse cast would show this.

Why do some feel that movies need to push the progressive agenda? Why do we need to rewrite history?

Mark Brown, a top communications official for the Tennessee Democratic Party has made a number comments on social media, including calling the president “f---stik” and “Putin’s b----,” the Washington Free Beacon revealed.

Foreign countries are always trying to steal U.S. secrets, and they sometimes succeed. In this case, Mrs. Feinstein tweeted over the weekend that the FBI approached her five years ago with concerns about an “administrative” staffer in her San Francisco office with “no access to sensitive information.” She said she “learned the facts and made sure the employee left my office immediately.”

This is what the FBI should do, and the question Mr. Trump should ask is why the bureau didn’t treat him as a potential President with the same customary courtesy. The FBI claims it had concerns beginning in spring 2016 that low-level Trump campaign staffers Carter Page and George Papadopoulos were colluding with Russians. Yet rather than give the Trump campaign the usual defensive briefing, the FBI launched an unprecedented counterintelligence investigation into a presidential campaign, running informants against it and obtaining surveillance warrants. The country is still enduring the polarizing fallout from that decision through special counsel Robert Mueller’s probe.
~~~~~~~~~~~~~~~~~

Accepting the democratic socialists' cost estimate even when it is patently and absurdly too low. It's quite a laundry-list of promises with enormous costs: "Free college" ($807 billion); Social Security expansion ($188 billion); single-payer health care ($32 trillion); guaranteed jobs at $15 per hour plus benefits ($6.8 trillion); infrastructure ($1 trillion); student loan debt forgiveness ($1.4 trillion).

To pay for all of it a national sales tax on all goods and services of 87% on everything you buy.