My pick for the article of the week - Victor Davis Hanson on what the Left has done - so far - to Trump.

Another article of interest Everyone Is Smart Except Trump 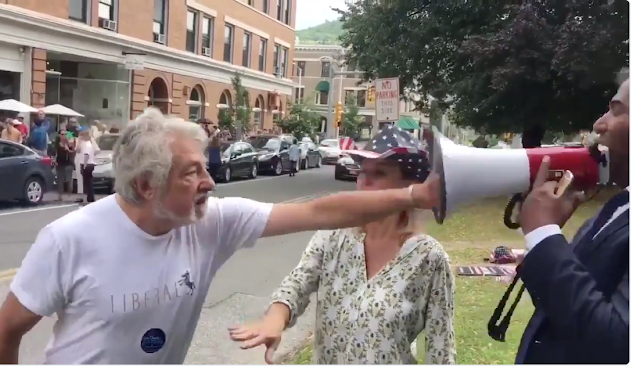 The Constitution is like a noxious fart to some liberals.


Liberals see the Court as a political institution; conservatives, more as an arbitrator of laws and guardians of the perceived original intent of the Constitution. As in the case of the military (that can by fiat include women in combat units, green-light gays in the military, or enhance transgendered recruitment), liberals appreciate an institution that can bypass the messy process of legislation in a constitutional republic and short-circuit the clingers, deplorables, and irredeemables and their often-Neanderthal, obstructionist representatives. Too often, the red-staters vote supposedly against their own interests and are not capable of seeing, much less voting for, what is good for them. Instead, a majority of highly educated “apolitical” elite minds can perform the role of Platonic Guardians.

Ruth Bader Ginsburg has claimed that abortion was a valuable institution because it ostensibly targeted inordinately the poor and non-white:

Frankly, I had thought that at the time Roe was decided, there was concern about population growth and particularly growth in populations that we don’t want to have too many of. So that Roe was going to be then set up for Medicaid funding for abortion.


I doubt many if any, baseball umpires are progressive. Their career is enforcing the rules of the game. Like judges should do.


We are in dangerous times. Amid the hysteria over the Russian summit, the Mueller collusion probe, nonstop unsupported allegations and rumors, the Strzok and Page testimonies, the ongoing congressional investigations into improper CIA and FBI behavior, and a completely unhinged media, there is a growing crisis of rising tensions between two superpowers that together possess a combined arsenal of 3,000 instantly deployable nuclear weapons and another 10,000 in storage. That latter existential fact apparently has been forgotten in all the recriminations. Good on Trump for taking a step in that direction. 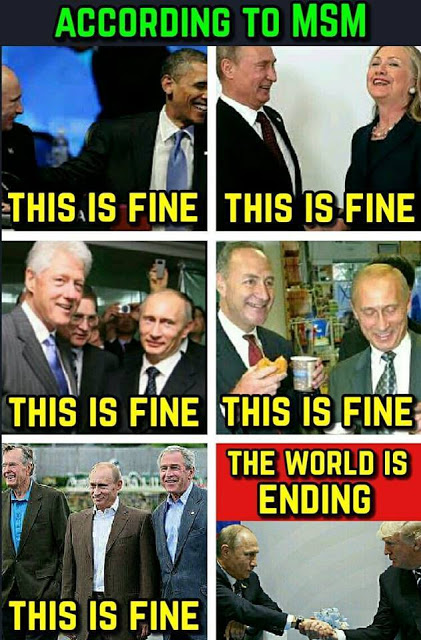 The sky is falling! Democracy is over! No matter the issue, liberals love to preen about “values” when it comes to Trump because it masks the sad facts about their own degenerate lives. I mean, when your “value” is “social justice,” what other value do you need? It’s all manufactured hysteria, of course, and most normal Americans see right through the hand-wringing and pearl-clutching.

Did you notice the SCOTUS protest signs? Some were pre-printed with the name blank.


Being Black, giving your kids phonetic names, dressing like a thug, joining black only groups isolates you from the wider culture.

Factoid
There are only 22 countries that England has never invaded.  (In the WORLD!)