The combination of government and public unions in public education leads to no education. 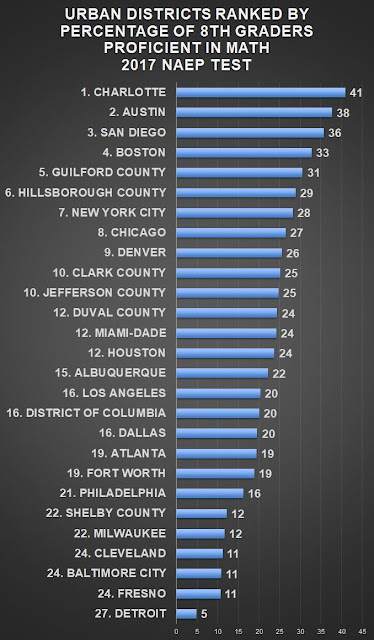 Reading scores were just as dismal.


Language experts at Oberlin College asked 500 women what they considered to be the most unpleasant words in 2015, and 'moist' topped at 77 percent.

Next up on the list: The word 'squirt' was close behind at 68 percent.

Try using the word underwear: The word 'panties' was hated by 54 percent of the females.


A more serious article, where I had to look up amoral


Comey was temperamentally unfit ever to be director of the FBI, and never more so than during Donald Trump’s presidency.

It is beyond imagining that even the politics of the United States could simultaneously put before us two protagonists such as Donald Trump and James Comey —the one a dedicated amoralist who ascends to the presidency, the other an FBI director who quotes Reinhold Niebuhr.
Of Mr. Trump, not enough will ever be said. James Comey, however, stands before us as the most public FBI director since J. Edgar Hoover, also a moralist in his own peculiar way.
Representing the FBI and at times the Justice Department, Mr. Comey spent almost two years answering the siren song of modern media—with press conferences amid a presidential election, appearances before Congress, and now high-profile interviews to market his memoir, “A Higher Loyalty.”
Who is James Comey?
Thanks to the musical version of Victor Hugo’s “Les Miserables,” everyone knows the figure of Inspector Javert, relentless pursuer of Jean Valjean. Less known is Hugo’s own description of Javert, whom he calls “this unspotted police agent.”
Hugo continues: “It was evident to anyone acquainted with that clear, upright, sincere, honest, austere and ferocious conscience, that Javert had just gone through some great interior struggle.”
James Comey’s interior struggle appears on every page of his book. A few hundred words past the first page, Mr. Comey declares, “I have learned that ethical leaders lead by seeing beyond the short term, beyond the urgent, and take every action with a view toward lasting values.”
It is a most unusual man who takes “every action” with a view toward lasting values. But as Mr. Comey makes clear, he is that man. He spends eight pages on the moral justification for his decision to prosecute Martha Stewart while he was U.S. attorney in New York. “There was once a time,” he says, “when most people worried about going to hell if they violated an oath taken in the name of God.”
He explains how as a young 6-foot-8 man, he would tell people who asked that he did indeed play basketball in college, though he had not: “This was a seemingly small and inconsequential lie . . . but it was a lie nonetheless. And it ate at me. So after law school, I wrote to the friends I’d lied to and told them the truth.”
The Catholic tradition places great emphasis on the value of conscience as a guide to behavior. Less well-known is its warning against developing a “scrupulous conscience,” which is an obstinate fascination with one’s own moral standing.
Mr. Comey describes going to the FBI cafeteria while director: He “never cut the line. Even when I wished I could . . . I thought it was very important to show people that I’m not better than anyone else. So I waited.”
One could go on with examples of his high-minded earnestness, but that would require quoting the entire book: his account of prosecuting Scooter Libby or opposing the Bush administration’s post-9/11 surveillance program, Stellar Wind; his pre-emption of Attorney General Loretta Lynch during the Clinton email-server investigation; and, of course, his crucible with Donald Trump.
In an intriguing contrast to his disdainful accounts of Presidents Bush and Trump, he recounts going home after a meeting with President Obama to tell his wife: “I can’t believe someone with such a supple mind actually got elected president.” They have much in common.
In fact, James Comey was temperamentally unfit ever to be director of the FBI, and never more so than in our intense times.
Mr. Comey’s daily visits to his personal chapel of an apolitical “higher loyalty” impaired his professional judgment. Instead, he is judgmental. Judgmentalism is a flaw in an FBI director, because it undermines the objective credibility of his role. A high officer of government shouldn’t see his job as doing battle with the seven deadly sins.
After Donald Trump won the election, an opposition rose on a wave of moral revulsion. The moralistic Mr. Comey let the FBI get swept into a politicized crusade.
Halfway through the book, Mr. Comey describes addressing the FBI’s employees in Washington for the first time. It reveals a lot:
“I gave the talk sitting on a stool, wearing a tie but no jacket. I also wore a blue shirt. This might not seem like a big deal to outsiders, but Bob Mueller [as FBI director] wore a white shirt every day for 12 years. . . . Not some days, or most days—every day. That was the culture, and I thought shirt color was one early, small way to set a different tone. I said nothing about my shirt, but people noticed.”
Perhaps they did, because what happened at the highest levels of the FBI afterward through the Clinton and Trump investigations was a collapse of professional discipline. The FBI needs to find its way back to the culture of the white shirt, every day.