The Tax Code That Will Never Be

Following the Constitution is not "hard right."

Quote of the week - When they call the roll in the Senate, the Senators do not know whether to answer “Present” or “Not Guilty.” (Theodore Roosevelt)
Idiot of the week - Seen on a blog: The unilateral reversal of net neutrality should worry all of us. We need to keep the Internet free of Government controls.

This shows the writer has absolutely no understanding of the topic. The Net was free of regulation BEFORE Net Neutrality. Now it is again.


Women Hater of the Week - A candidate who hopes to unseat a female senator in Missouri is drawing criticism for a statement he posted about women's rights in which he called feminists "she-devils" and said that he expected his fiancee to have dinner ready for him every night at 6 p.m
"I want to come home to a home-cooked dinner at six every night, one that she fixes and one that I expect one day to have my daughters learn to fix after they become traditional homemakers and family wives" He wants his world to be more Norman Rockwell - than the feminist Gloria Steinem.
PS Steinem is no friend of women, while Camille Paglia is.

The tax system I favor will never happen. The tax code is made to order for pols to extract campaign funds from interested parties. Who for example? The estate tax is favored by insurance companies who sell insurance to pay the tax. Mortage interest deduction is supported by one of the largest lobbies, realtors. Accounting firms would lose a huge chunk of their business. The list goes on, suffice to say that there is enough money to ensure a simple easy to understand and comply with tax code ain't never gonna happen. Still, I dream.

I am in favor of an income tax levied only on current income - salaries and wages and pensions that were not funded by the recipient. No tax on interest, dividends, annuities, or anything else that represents returns on income that has already been taxed and is now at risk. I am ambivalent about taxing social security.

No other federal taxes. Not corporate, not death, not excise. None.

Everyone would pay. Perhaps a token $20 for those with very low income.
But everyone would have some skin in the game.

Deductions, not many. Charitable and medical come to mind. But, no or reduced deductions for mortgage interest.

The result, you would know how exactly much tax you are paying. No sneaky taxes paid in the higher prices you pay for everything you buy.

I am opposed to national retail sales tax, as that would tax interest and dividends - the income from amounts that have already been taxed. 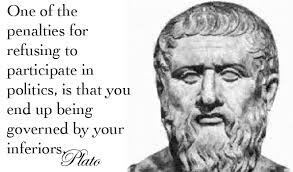