Islam Gave Us The Civil War

It's Veterans Day in the States. The day I put on a cap I only wear once a year. We will participate in the local event and then have dinner with our daughter and her husband at a Cajun restaurant. 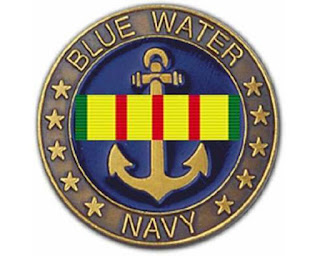 Last week's post on where slaves were sold found some interest. Today, I will comment on the supply side.

My view of Islam is that it was started by a guy who dreamed of being someone. He accomplished his goal by either good tactics or blind luck, but he did conquer other tribes and steal enough booty and enslave enough folks to keep his fellow thieves happy and loyal to him. He was able to recruit more into his fold with each successful conquest. If a battle went against him, he would claim that they lost because they had lost their faith in Allah.

Now if I went up on a mountain and came down telling folks what Allah had revealed to me, you would place no credence in it. Mohammed had the charisma to pull it off, but that does not make it true.

While slavery was not unique to Islam, it was the followers of the Islam faith that brought it to the places they conquered. Don’t believe in Allah? Then you are our slave.

So just who were the folks enslaving blacks and selling them to whites? The ones who say Allahu Akbar just before cutting off your head. The same ones who were grabbing Europeans in the 1700’s and ransoming them. The same ones that Jefferson refused to pay tribute to, then known as the Barbary Pirates.

I say it was the followers of Islam that made slavery possible in North and South America. It was the followers of Islam who raided villages all over western Africa to capture humans that were sold to the redneck English who settled the southern states. The rednecks who had little, took care of nothing and made their living off the sweat of other humans and dreamed of being the equals of titled English. It was the combination of Islam and the dregs of the English that made the Civil War.

Just for Saturday readers. A song that will never be released, as Jimmy Page is very rigid about anyone else recording Led Zepplin music. Here's Robert Plant and Alison Kraus performing a bluesy haunting rendition of Black Dog.

Posted by Our Bottoms Burn at Saturday, November 11, 2017