There is no Democratic party as we have traditionally known it. It is no longer a liberal (a word now replaced by progressive) political alternative to conservatism as much as a cultural movement fueled by coastal elites, academics, celebrities — and the media. Its interests are not so much political as cultural. True to its new media identity, the Democratic party is against anything Trump rather than being for something. It seeks to shock and entertain in the fashion of a red-carpet celebrity or MSNBC talking head rather than to legislate or formulate policy as a political party.


The media, academics, and the progressives—have acted so unhinged that they themselves have lost all credibility and now seem to belong in the pages of the National Enquirer.
Here to comment on this is Wendy. 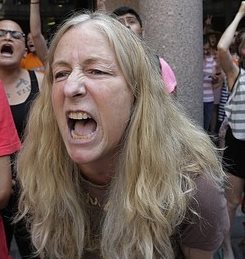 We are having technical difficulties, we only hearing screams and profanity from Wendy.

No, Bogey screaming is all Wendy can do. Her degree in Urban-Studies provided her no foundation for rational thought. She can not find Texas on a map. Now she has succumbed to Trump Derangement Syndrome. 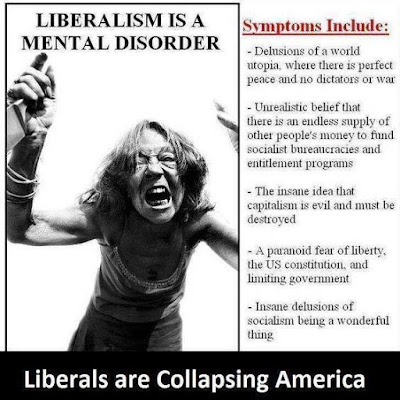 Small Wonder Trump Has Jackson’s Picture In The Oval

Trump like Andy Jackson, like John Randolph of Virginia, and James Vardaman of Mississippi spoke for “the forgotten American’s”. While America likes to be known as classless, it has always had classes. And politicians have taken every opportunity to appeal to the various classes. Jacksonian middle-American sensibilities put them at odds with the PC liberals. Just as Trump supporters are despised by the establishment liberals.

It amuses me to see liberals try to appeal to those of us in the flyover zone. It was downright funny when HRC would adopt a southern twang to try to suck in working class American’s. She was born in Chicago and detests those she sees as below her class. She is not alone of the recent candidates, Kerry and Edwards also tried it.

In which column are liberals found?


You Gotta Be Shitting Me

Attorney General Jeff Sessions is being tarred as a racist—again—for bringing the law fully to bear on illegal drug traffickers. Mr. Sessions has instructed federal prosecutors to disclose in court the actual amount of drugs that trafficking defendants possessed at the time of arrest. That disclosure will trigger the mandatory penalties set by Congress for large-scale dealers.

Mr. Sessions’s order revokes a 2013 directive by former Attorney General Eric Holder telling prosecutors to conceal the size of traffickers’ drug stashes so as to avoid imposing the statutory penalties.

PS, This is not about small dealers. It takes 2,200 pounds of marijuana to be classed as a major dealer.
Posted by Our Bottoms Burn at Saturday, June 03, 2017