Way Too Many Topics Today

The Point of No Return
In an interview last week Ted Coppel said to Sean Hannity that he thought Hannity and his followers thought ideology was more important than facts. My jaw dropped, No it’s the other way around I told the TV. And that is the Great Divide. Both sides claim to be factual. But only one can be correct. Reminiscent of Daniel Patrick Moynihan famous bite Everyone is entitled to his own opinion, but not his own facts.

Now, before you tee off on me, we are not Hannity fans. And surely not Coppel fans.

My point is that both D and R claim the high ground and each fears the other. There is no chance for compromise. The division is as wide as that between Sunni and Shiites. It’s poisonous. There must be a way out, but I don’t have the vision to see it. The country has been split 50/50 many times before. During the American Revolution, half the people were either loyal to the Crown or did not want to pick a side.

Mr. Trump is getting the worst press of any President since the final days of Richard Nixon. The press is more partisan than principled.

The Future of the GOP Was Bright For A Time, Now Seems Dismal
Last weekend the Republicans engaged in a circular fire fight. The nation lost. I have no idea if the legislation was with merit or not. I do know that it was not explained any more than ACA was. Ryan did nothing to explain it. The always say no Freedom Caucus did not explain their objections. And the Dem’s were all too happy to sit on sidelines and enjoy the gunfight.

The full dimensions of the GOP’s self-defeat on health care will emerge over time, but one immediate consequence is giving up block grants for Medicaid. This transformation would have put the program on a budget for the first time since it was created in 1965, and the bill’s opponents ought to be held accountable for the rising spending that they could have prevented.

Medicaid is now the third-largest program in the federal budget and the fastest growing. Federal outlays are nearly three times higher today than in 2000.  Three Times!

Think it’s worth it? A New England Journal of Medicine study in 2013 found that Medicaid “generated no significant improvement” across measures like mortality, high blood pressure or diabetes compared to the uninsured.

The defeat of heath care reform almost fore-ordains that tax reform will be DOA. Freedom Caucus Members sit in safe seats and don’t need achievements to win re-election. They are almost happier in the minority where they can more easily vote no on everything. Damn them!

IF we are able to reduce tax rates and achieve regulatory reform, economic growth could hit 4% a year for the next couple of years. It will all be wasted, however, if the U.S. ends up in a 1930-style trade war.

What Health Care Would Have Done
It would have canceled insurance exchanges, halted and reversed Medicaid expansion, killed its taxes, and whacked its individual and employer mandates. It was a start.

Climate Change
Yes, our climate is changing. It was changing long before we started using coal. Man has contributed to the change in a minor way. There is nothing man can do ameliorate the change. Really nothing. The change will not be catastrophic. All the hoopla is nothing more that using a feigned crisis to regulate behavior. Yes, the swells want me to ride a bike or pay $8 a gallon for gas.

Cudo’s for rolling back the Obama energy generation restrictions. They did no good anyway. A year of U.S. reductions in 2025 would be offset by Chinese emissions in three weeks, says Rice University’s Charles McConnell.  It’s not enough though, energy plants take years to construct, companies remain leery that a future administration would put new plants out of operation.

Limited Government
I am for a limited Jeffersonian government. I don’t wake up and think what can I regulate, control or tax today. I want to be left alone to make my own mistakes while striving to attain my goals. I am unalterably opposed to anyone telling me how to live my life.

Marcus Aurelius
There are things you can control and things you can control. I think the progressives are worried about the things they can not control and seek laws and regulations in an attempt to alleviate their own worrying about things they can not control. Regulations are like a religion to some - an attempt at comfort in a world of uncertainty.

Celebs
Michael Moore predicts the end of the human race because Trump reset the ridiculous regulations that would have forced all energy investment into green technology. Can some drive a stake into his heart.

Roger Daltrey said Trump didn’t really win it—because Democrats threw it away by putting [Hilary Clinton] up. A dead dog would have won it against [her] 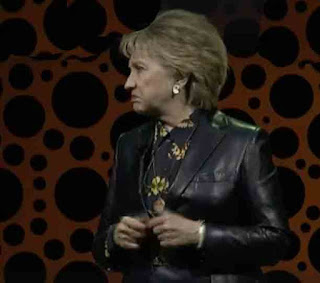 We would have voted for the dog.

Facts, Deal With Them
If you want to refute what someone has said, you need to do more than call them names. You need to establish your own bonafide's. I don’t claim to know it all. I maintain that my sources are accurate. If you think otherwise, cite your own sources.

Why I Am Writing
I write to help me glue together disparate thoughts. If it makes you think, great. It’s not necessary to agree with me. BTW, the number of eyeballs on these weekend posts are more than on spanking posts.