It Ain’t Easy Being Me, But It’s Fun 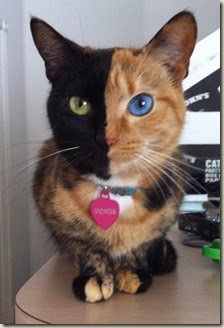 I am not two faced. I am not Janus looking at the future and the past. I am a 50/50 switch.  My spanking interests are evenly divided between the desire to make a woman’s nates blush and having my own bottom toasted by a woman. I can not say I like one more than the other and I would not want to give up either for any reason.

Bacall and I are both alpha types, which can complicate things between us. We would both like the other to be a little more aggressive with the other when we play – SOMETIMES. We have gravitated toward playful spankings that require little or no dominance or submissiveness. Call it lackadaisical. We both get 90% of what we crave, but we are missing that little extra by not sometimes putting out a little extra to ensure the other is completely full-filled. I will take responsibility for this.

This came to mind after noting that the stories posted by DME, (The Devine Miss E), garner no comments and few readers. The last one was a bit edgy for this audience. I knew that. But, I think it is one of her best.  I know our readers are mostly seeking pictures and I purposely do not illustrate her stories as I want the reader to imagine the scene and the emotions in their own minds and not be influenced by a picture, especially one that is not close to the mark.

So what we have here is a blog by a switchy couple purposely biased toward F/M with an occasional a major dominate male mid-fuck story. I think the word incongruent would be a accurate description.

Yet that is exactly how it is in my mind. Which direction am I facing at the time? Would I be the man in the last story? Well, yes, because I am dominate. I am a sadist. I love pushing a women's buttons and bringing her deepest fantasies to life. I love it as much as her pushing me to take a hard paddling.

I love learning about her desires without her directly telling me and then playing it out with her. I love the deer in the headlights look in her eyes when she realizes that that yes, I will do that which she desperately wants, but has never dared mentioned. And that my dear readers is what I think DME captured in The Stranger.