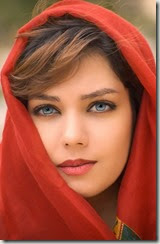 I missed the usual  Monday post this week. I had uploaded three weeks of posts before we left home. I thought that would be enough, but we spent an extra week in the desert. No phone, TV, very limited Internet. We have had some glorious sunsets and spent the days four-wheeling.

Good news. Bacall’s recovery from her fractured wrist last August is coming along nicely. The fracture exasperated two prior minor problems of arthritis and carpal tunnel. She has been wearing a brace for the former and that has relieved the pain greatly. She is going to get a device for the carpal tunnel.

I know she is improving as she paddled me with the Principal’s paddle last week. That’s a moderately heavy paddle that she could not lift three months ago. She was about 85% of her best effort with it. I am not at all sure more improvement is desired! She finished me off with the Teacher’s paddle. I can report that I felt well paddled when she was done. After five months, it was a welcome feeling. Bacall said one cheek had a white hot spot on it. She said she would make sure both cheeks had white spots the next time. And she did this morning.

The common use of these two paddles in tandem took place over a long period of time. The first one addresses the deep muscles, the ones that let you know you have been paddled when you sit down an hour or so later. The lighter paddle stings the skin – does it ever. It’s two paddling’s in one. In a male FF/M fantasy, first the Principal would use her paddle to give me a hot bottom for violating school rules in leaving school grounds. Then the Teacher would use hers to get me hopping on first one foot and then the other for the personal offence I gave her when I flipped her off. Aunt Bacall does an admiral job of combining the two roles. Bending over for the first paddle is not bad. It is always with some trepidation when I bend over for the second paddle. I suppose that is a good thing.

Posted by Our Bottoms Burn at Wednesday, January 28, 2015