Paddled in the sanctuary

Kinky sex in the sanctuary, embezzlement and racy photos are causing scandal at one of San Francisco's oldest Catholic churches.

The accusations flying out of the National Shrine of St. Francis of Assisi have led to the 'comprehensive investigation of alleged improper behavior' involving the shrine's volunteer chairman, William McLaughlin and admin- assistant, Jhona Mathews, 33 - costing them both their jobs. 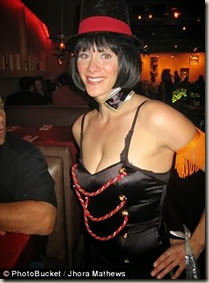 According to shrine spokesman, Larry Kamer, a police report was filed last week alleging that Mathews had stolen hundreds of thousands of dollars from the church. Mathews, in turn, has filed a sexual harassment claim against the church, alleging that McLaughlin forced her to have sex with him inside the church's sanctuary.

'McLaughlin spanked her and forced her to engage in sexual intercourse with him' in order to keep her job, alleged Sandra Ribera, who is acting as Mathews's attorney.

McLaughlin, who is believed to be in his 60s and is a wealthy Marin County real-estate developer, acts as the chairman of the shrine's volunteer program.