Sometimes Bogey will make comments and I don't realize that they are direct requests.  Guess he really needs to say, "this is what I want, understand?"  I think I am much better at saying what I want. [Bogey says, more and more of the time she does not hear a darn thing I say. Hearing aids are imminent]

So with that in mind, yesterday he was disappointed that I missed strong hints. [Not hints, they were quite explicit and said more than once] So I just told him to give me what he wanted; he said I would be sorry.  So he proceeds to rub my bottom with glycerin and then gives me a paddling  with our myrtle wood paddle.  Wow it was really hard.  Double wow. But, Miss Tough Fanny was back!  When he finished, he accused me of holding the "owwww's" back. I told him that it really wasn't too hard, so he then puts me over the bed and give me more quick and hard to achieve the "owwww's"

Today, it was Bogey's turn. I rubbed glycerin on his bottom and then gave him the same number of pops with the myrtle wood paddle that I received.  They were not wimpy pops either, but he took a very good paddling, accompanied with "owwww's".

Maybe I should use this the next time? 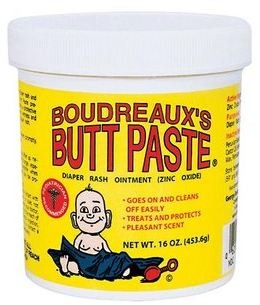 Email ThisBlogThis!Share to TwitterShare to FacebookShare to Pinterest
Labels: asking for a spanking