On a Blog that I can not recall, it was related that the wife was not going to spank him for his repeated misbehavior. She said she would not spank him until his behavior improved. Bingo! I have often kidded with “brats” that I would not spank them if they kept acting like a three year old. It always instantly produced a change in behavior.

I think I will keep on enjoying my paddlings with a boner. 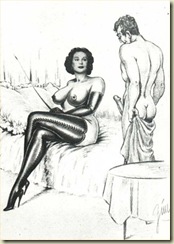 Fun, But Not Discipline

Alas, orgasm does not reduce a females’ need for spanking or in many cases the need for another orgasm.

Posted by Our Bottoms Burn at Wednesday, November 18, 2009

Email ThisBlogThis!Share to TwitterShare to FacebookShare to Pinterest
Labels: Adult spanking as discipline